Tales from the Dundas Archives 1 A Horror of Dirt: Uncleanliness and Vice in Early Modern Scotland 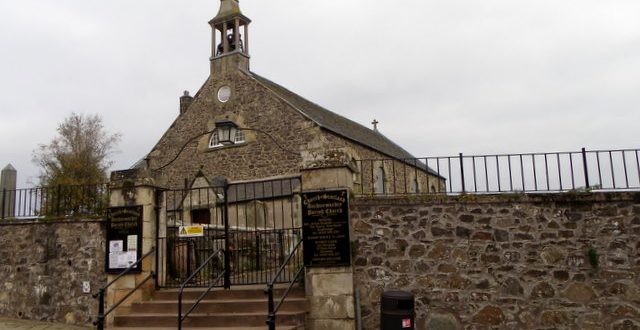 17 Aug, 2020 By Allan Kennedy With Comments are off for this post

Samantha Hunter is a PhD student at the University of Dundee, researching governance and social control in seventeenth-century Scotland.

The records of the early modern period provide wonderful, and often unexpected, glimpses into the lives of the people who lived centuries ago. Not only can they give information about national events like conflicts and plagues, but they also record the most ordinary details – such as descriptions of clothing styles or even attitudes towards golfing – which are like little nuggets of gold for researchers. Using records from various places and different institutions allows researchers to build a picture of how these organisations functioned and what their roles were in society. As much as they may complement one another, they also act as checks and balances. One example of this can be found in Fife with the kirk session book of Auchtermuchty and the presbytery minutes of Cupar, which detail a tale of deception and loyalty: a dispute between the minister, James Martin, and parishioners of Auchtermuchty against the presbytery of Cupar. An incident which, without the survival of the presbytery records, would have been lost to history. 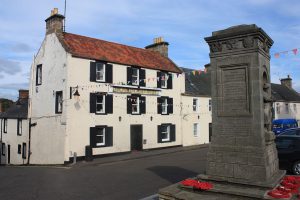 In March 1649, the presbytery’s examination panel arrived in Auchtermuchty to inspect the parish. Presbyteries would audit each of the parishes within their catchment area on a cyclical basis in order to assess the minister, the elders and the session in general to ensure that they were performing their duties properly. During these visits, the presbytery would also conduct an examination of the kirk session records to ensure that they were well kept and up to date. What the presbytery members assigned to checking the Auchtermuchty session book discovered during this visit was not to their liking.

The report came back alleging that there had been clear evidence of alterations and missing information during the previous few years in the preceding session book. Unfortunately the records for the years in question no longer appear to survive but these alterations were later admitted to by session clerk Patrick Carswell in a confession, and confirmed to be true by the minister himself after his interrogation by the examiners. There were two main concerns that the presbytery had about the information contained within the session minutes: the clear absence of periods of time and certain information; and evidence of deliberate alterations made to entries regarding communions following Martin’s appointment as minister in 1641.

The session clerk admitted his fault in terms of the missing information. He stated that many of his notes for those particular years had been lost during the ‘tymes of trouble when [the parishioners] were forced to leave their houses’. Knowing that there had been instances of English forces in the area causing trouble for other parishes such as Dairsie, the presbytery greeted his answer with a metaphorical slap-on-the-wrist given the circumstances and he was rebuked for carelessness.

While this answer may have satisfied the presbytery in terms of the missing information, it certainly did not explain away the evident alterations to the dates and minutes regarding communions. The report to the presbytery shows:

That their is no mention of the administra[tio]n of the co[m]munion from Julij 5 1645 till May 15 1648 extending to two yeirs ten monethes and two weeks and the way of marking the celebrations of the co[m]munion Septemb[e]r 1643 and August 5 1644 is desyred to be considered which being considered it is found that in both those places whereas the collec[tio]n of ane ordinary Sabbath have bein first written. It is [..] written above the old writt with new ink and made a com[m]union collec[tio]n.

As communion was such an intrinsic part of people’s lives in Scotland at this time, one would imagine that, if questioned, they would remember whether or not they had received communion at a specific point. This was not the case here. Nine of Auchtermuchty’s elders were asked whether they remembered if a communion had been given during 1643 or 1644. They all answered that they did not remember. This was excusable for two of the elders as they had not been living in Auchtermuchty during that time and one who claimed to have been away on business. The same cannot be said the others. One person forgetting may have been accepted, but the fact that so many active members of the kirk session could not remember between them whether this had been carried out or not raised some red flags.

It was eventually uncovered through numerous individual inquires that Martin had tried to conceal the alterations from the presbytery. Why he attempted to do this, he did not say. Once it became public knowledge that the presbytery was aware of this concealment, the elders of Auchtermuchty attempted to demonstrate shared responsibility for the two issues, claiming they ‘were all to be blamed that they had not [taken] gretter care’ of the session book. They put in a request that the presbytery ‘have respect to their minister and [to end their visit] as might be most for the comfort’ of James Martin, asking that no more be mentioned about the incident. It proved to have fallen on deaf ears. 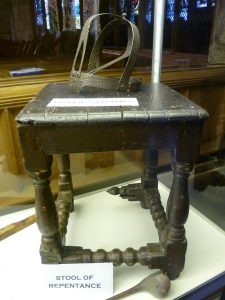 A repentance stool, a common accompaniment to ecclesiastical discipline.

Following their investigations, the presbytery concluded that the minister had been negligent in his duties and suspended him. Not only was James Martin suspended but he was ordered to sit before his congregation and declare his repentance for what he had done. Dutifully and remorsefully, he carried out the presbytery’s order and made his declaration, which was witnessed by Alexander Balfour, minister of the nearby parish of Abdie. Balfour reported back to the presbytery of Martin’s good behaviour and his suspension was lifted after less than a month.

What is really interesting about this entire matter is the response of Martin’s elders and his parishioners to the somewhat gruelling trial period he underwent. Before his sentence was passed, the elders begged the presbytery to take into their consideration that the state of the session book was not solely the blame of Martin, but that they bore some responsibility as well. Despite this consideration, the presbytery decided that it was the minister alone who was to face punishment. During his suspension, Balfour and Johne Murray of Strathmiglo were tasked with preaching to Auchtermuchty’s congregation and overseeing Martin’s repentance.

When going to the minister’s house to visit him one day, Murray was accosted by a woman who (in the presence of several witnesses) ‘bitterly reproath[ed] him and the rest of the ministers as having a pik at their minister’. This would have been a bold course for any parishioner to take – making a very public display of disapproval to a visiting minister. Is this evidence of a parish disregarding the authority and respect due to the members of the presbytery on an occasion where they felt an injustice was done? Perhaps. As the kirk session book for this period has been lost, we can only speculate as to what, if any, action was taken against such individuals.

If no action was taken, or indeed if it simply wasn’t recorded, an argument could be made that the parishioners and kirk session were so dissatisfied with the decision of the presbytery and the manner with which they treated James Martin that they attempted to take back some sort of control of the situation. If that were the case, it may demonstrate a desire to pretend that the whole situation never occurred. As it stands, the only reference to the entire incident in Auchtermuchty’s records can be found at the beginning of kirk session book which succeeded this lost one. It tells of the case James Maxwell, an elder of Auchtermuchty who was suspended for one month from office for the ‘deliberit taking away and detaining [of] thair session buik’, potentially in an attempt to prevent the presbytery discovering the alterations. Considering reviewing the kirk session book was one of the priorities of the visiting examination panel, what Maxwell hoped to achieve by attempting to hide it is anyone’s guess.

Without the presbytery records providing the details of the incident, Maxwell’s charge and suspension may have otherwise been regarded as simply a curious but ultimately forgettable entry. There was no further reference to the event or its consequences within the rest of this kirk session book. This was in spite of James Martin having to face public repentance before the pulpit, not only before his own congregation but before two ministers from neighbouring parishes who were charged with preaching in Auchtermuchty during his suspension. Given that the entire point of his suspension was due to an ill-kept and altered kirk session book, one would think that the session would be reluctant to follow the same course of action and yet it seems that this is what they may have chosen to do. Granted, this involves speculation in terms of what was recorded (or not as the case may be) in the missing book but given the lengths that these individuals went to in concealing certain events, it is not beyond the realms of possibility that they may have deliberately omitted it from their records. Further research would need to be conducted to investigate the consequences of this decision during the presbytery’s next visit to Auchtermuchty to see if they picked up on the potential cover up.