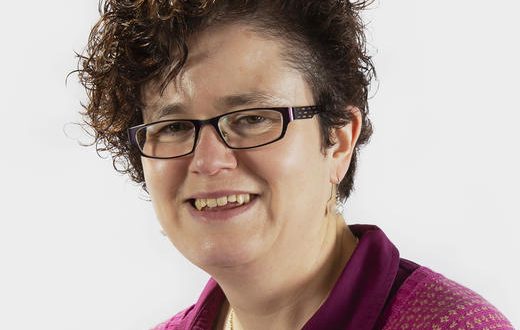 Scotland and the Low Countries

We are excited to announce that our Senior Lecturer in History, Dr Martine Van Ittersum, will be appearing in an upcoming radio series exploring the historical relationship between Scotland and the Low Countries.

‘Scotland the Low Countries’ is a two-part series presented by Billy Kay which celebrates  Scotland’s historic links with the Flemish and Dutch people. It will be broadcast on BBC Radio Scotland on 2 and 5 April  at 11.30am, and thereafter for one month on BBC Sounds.

Billy Kay celebrates Scotland’s profound engagement with the Flemish & Dutch people. If your name is Fleming, Douglas or Murray, if you play golf or curling, if your house has red pantiles or crow step gables, if you speak Scots and use words like hunkers or craig and if you studied law or medicine at a Scottish university, then you’ve been touched by Scotland’s links to the Low Countries – a cultural legacy that came with trade, religious and intellectual exchange, and ancient patterns of migration to our nearest neighbours across the North Sea. It is an ongoing exchange testified by the  publication of a beautiful book Scotland and the Flemish People supported by the Government of Flanders in Belgium.

The ancient county of Flanders was the economic powerhouse of Europe in the early medieval period and the principal  outlet for Scotland’s major export of wool.  When David I established royal burghs across the country from Berwick to Aberdeen,  he encouraged Flemish settlers to establish their entrepreneurial skills bases in the new towns.  An idea of their importance can be seen in the infamous massacre of Berwick by Edward I in 1296 when 30 Flemish merchants in the Red Hall resisted the invaders for 24 hours before dying amidst the flames of their building.

Meanwhile in Flanders, the Scottish export of wool for the weaving industry was  augmented with herring, salmon, cod and wheat.  The importance of our trade had ports in Flanders, Zeeland and Holland vying to be the Scottish Staple.  By the 15th Century the Low Countries had became part of the powerful Duke of Burgundy’s domains, and the marriage of the King of Scots James II to Mary of Guelders the grand niece of Phillip the Good in 1449, cemented an important European alliance.

The Scottish elites imported all of their luxury goods from tapestries to fine cloth from the Bruges market –  Bishop Kennedy of St Andrews e.g. had almost a door to door service from his residence to the shops of Bruges in his own vessel!  Flemish artillery too was imported including the famous cannon Mons Meg which can still be viewed in Edinburgh Castle.

We also hear from Matthew Price, Fife’s conservation officer who looks after all those ancient burghs on the coast that are graced with Low Countries architectural details  such as corbie/craw/crow step gables and pantiles.  The Scots word pantile comes from the Dutch word for a tile pan.  Wealthy Scots merchants used them for prestigious buildings  in the 17th century in places like Culross,  but as they got cheaper, they became widespread and reached a peak in the 19thc.  For that we have to thank William Adam, from the famous family of architects  who started up the first pantile works in Scotland in 1714 at Linktown of Abbotshall in Kirkcaldy.

In Flanders. Billy explores the canals and squares of  historic Bruges in the company of Jan Dumolyn from the University of Ghent and talks to him beside the Schottendyk, the Scots Wharf,  used by the Scottish merchant community there.  Jan asserts too that he can understand the Scots language of Burns better than most because of his own linguistic background, and he may have a point.  Fae the scones we eat, tae the howff we drink in, tae the gowf we play, Scots is thrang wi Dutch words fae the Flemish migration.  Whisper it doucely noo, they micht even hae introduced their gemmes o gowf, curlin, and catch or tennis tae Scotland!

The programme begins in Veere in Zeeland by the beautifully preserved Scottish Houses museum in the old Staple Port. Veere was the Scottish Staple for close to 400 years and has a profound Scottish heritage which Billy explores in the company of the Veere archivist Peter Blom. Along with the picturesque beauty of the quays and the magnificence of the Grote Kerk, the Muckle Kirk, Peter takes Billy to the local nursery school which rejoices under the name of the Schotse Schelm – the Scottish Scoundrel!

Following the Reformation thousands of Scots served in The Scots Brigade of the Dutch Army. They were there fighting for the very creation of the Dutch nation in their 80 Years War against their Spanish Hapsburg rulers. It was regarded almost as a Calvinist Internatioinal force and their outstanding contribution was recognised  in 1629 when  Prince Frederick Henry of Orange referred to them as “the bulwark of the republic”. As late as the 18th century Rotterdam had a Scottish population numbering over a thousand, while the university towns were thrang with Scots.  Billy visits the Scots Kirk in Rotterdam, and the university towns of Utrecht and Leiden. Probably the greatest debt the Scots owe the Dutch is in the development of Scot Law. The man known as the father of Scots law, James Dalrymple, Viscount of Stair arrived as a political refugee in Holland in 1682 and  remained at the university of Leiden until 1688, before taking his teachings back to Scotland.

Utrecht and Leiden also exerted a great influence on Scots medicine, with many Scots studying under the great Herman Boerhaave and then founding the Edinburgh medical school on the model supplied by Leiden. Archibald Pitcairne and Sir Robert Sibbald e.g. were involved in the creation of the Royal College of Physicians of Edinburgh in 1681. They were the catalyst for the rapid improvement in the teaching of the subject in Scotland, when Edinburgh replaced Leiden as the medical metropolis of the world.

Most of the great figures of the Scottish Enlightenment were taught by people who’d experienced the thriving  European intellectual milieu of the Dutch universities in that period. Indeed, such was the hold of Leiden on the Scottish imagination that several famous writers set their novels there from Robert Louis Stevenson’s Catriona to John Buchan’s John Burnet of Barns.

Finally, we explore a fascinating transatlantic  connection.  A feature of  early New Amsterdam/New York society was the number of Scots who married into the old  Dutch families.. One such man was Alexander Hamilton who married one of the Schuyler girls, and their story is at the heart of  the current Broadway hip- hop musical hit Hamilton.  I met members of the Schuyler family and they’re proud of their heritage as American citizens and Scots Dutchmen!    The  original Scots Dutchman was the name given to a ship plying the American trade in the 17th Century when it was common for Scots and Dutch to change flags and assume the most convenient identity – Scots, Dutch or British – depending where they were trading and whose jurisdiction it came under!

Roger Mason is also one of the editors of he book Scotland and the Flemish People, and contributors to the book interviewed for the series included Michael Brown, Christine McGladdery, Morvern  French, John Irvine; Robin Bargmann and Matthew Price