Other Worlds, Real and Imagined!

25 Oct, 2021 By Allan Kennedy With Comments are off for this post

Join us for the first ever celebration of the life and work of Cupar-born early Scottish Science Fiction writer, Robert Duncan Milne in his hometown. Milne made a larger contribution to early Science Fiction than Robert Louis Stevenson or Arthur Conan Doyle, yet his work has been lost to history until now. A collaboration between

06 Jul, 2020 By Allan Kennedy With Comments are off for this post 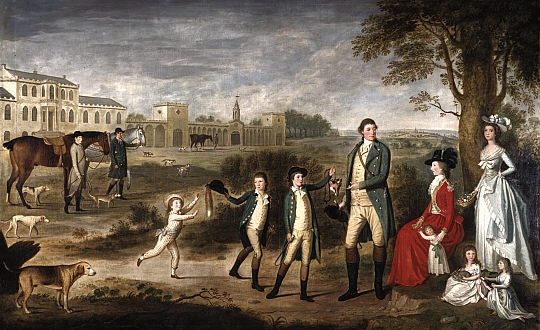 Patronage and ‘the general taste for Portrait’: David Allan and the Erskine of Torrie Portrait

18 May, 2020 By Allan Kennedy With Comments are off for this post

In this guest post, Dr Nel Whiting takes a look at the role of gender in shaping the portraiture of David Allan (1744-96), specifically in his family portrait of the Erskines of Torrie. Follow Nel on Twitter at @nel_whiting   Historical portraits are more than likenesses of people from the past; they are artful