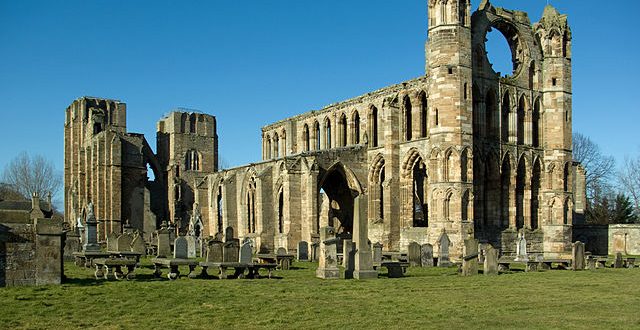 Scottish History at a Glance: The Wolf of Badenoch

10 May, 2022 By Allan Kennedy With Comments are off for this post

Our History lecturer, Dr Allan Kennedy, explores the life and legacy of King Robert II’s notorious third son, Alexander Stewart, better known as ‘the Wolf of Badenoch’. This article first appeared as part of the ’10 Minutes On…’ column in History Scotland magazine, with whose kind permission it is republished here.

When King Robert II came to the throne as Scotland’s first Stewart king in 1371, he had a problem. Unusually for a Scottish monarch, he had many sons, and he needed to provide for them. He did so by handing out lands and titles, including to his third son, Alexander, who was given the Highland lordships of Badenoch and Lochindorb. Doubtless Robert hoped that his son, at the time probably in his mid-20s, would prove a force for stability and a bastion of royal authority in the disorderly north. If so, the king was to be disappointed, for Alexander Stewart, later nicknamed ‘the Wolf of Badenoch’, would go on to become one of the most notorious figures of the entire Middle Ages.

Throughout the 1370s and 1380s, Alexander consolidated his power in the Highlands. His most significant move was to marry Euphemia Ross, heir to the vastly powerful earldom of Ross, in 1382. This match gave Alexander control of a huge swathe of land stretching from the Cromarty Firth to Torridon, making him one of the greatest landholders in Scotland, although he did not inherit the title ‘earl of Ross’ (he was soon made earl of Buchan instead).

But while Alexander’s career seemed to be going from strength to strength, complaints began to emerge about the nature of his lordship. As well as general grumblings that he was failing to maintain law-and-order, Alexander was accused of using Gaelic warrior-bands known as caterans to attack local rivals, and also to extort protection money. The very public failure of his marriage – to the extent that he was even accused of raiding various lands owned by Euphemia and her relatives – contributed to the general sense of disquiet. But Alexander could live with this because he retained the support for the king, and so long as Robert II was in control, Alexander was safe.

The first sign of trouble was a coup against King Robert in 1384, after which the heir to the throne, John, earl of Carrick, took over the government. Alexander was exposed, although fortunately for him, Carrick was distracted by war with England. But another coup in 1388 replaced Carrick with the king’s second son, Robert, earl of Fife, and he proved far more determined to deal with his wayward sibling in the north. After two years of pressure, ranging from shows of military strength to forcing Alexander to submit to his wife, Fife’s campaign provoked a spectacular reaction. With a band of ‘wyld wykkyd Heland-men’, Alexander attacked Elgin, the seat of one of his chief local rivals, the bishop of Moray, in June 1390, burning down the magnificent cathedral. This was the action, more than any other, that earned Alexander his sobriquet, ‘the Wolf of Badenoch’, but it proved disastrous. Galvanised by the wolf’s sacrilege, the campaign against him only intensified. He was forced to beg for absolution; stripped of most of his lands and offices, including the huge earldom of Ross; and made to suffer the indignity of having his marriage to Euphemia annulled by the pope.

After this, the wolf’s prominence in public life faded. He seems to have shifted his attentions more towards the southern Highlands, for example popping up as baille of Atholl around 1402. But by the time he died in 1405 (being buried at Dunkeld cathedral), Alexander was a much diminished figure, and already more or less one of the past. There was, however, an important coda to his story, since his illegitimate son, Alexander Stewart, earl of Mar, ultimately succeeded him as the government’s main agent in the Highlands. But while Mar, who died in 1435, eventually carved out a reputation as a tough and effective ruler, the wolf himself would forever be remembered as both a cause and a symptom of the disorder blighting the early decades of Stewart rule in Scotland.