I lived principally in the country as a girl, and passed a considerable time in Scotland. I made occasional visits to the more picturesque parts; but my habitual residence was on the blank and dreary northern shores of the Tay, near Dundee. Blank and dreary on retrospection I call them; they were not so to me then. They were the eyry of freedom, and the pleasant region where unheeded I could commune with the creatures of my fancy. It was beneath the trees of the grounds belonging to our house, or on the bleak sides of the woodless mountains near, that my true compositions of the airy flights of my imagination, were born and fostered. (Mary Shelley)

We’re delighted to be taking part in this year’s Being Human Festival of the Humanities. As part of our series of events we will consider how Dundee and its environs inspired the teenage author of Frankenstein (1818), Mary Shelley, and explore how the City of Discovery continues to shape our imagination at a time of substantial cultural and civic redevelopment. We’d like to take this opportunity to thank the funding bodies involved, the Arts and Humanities Research Council, the British Academy, and the Wellcome Trust, as well as our partners, the Scottish Centre for Comics Studies, DeeCAP, JOOT Theatre Company, Literary Dundee, The McManus Art Gallery & Museum, the Dundee Science Centre, The Little Theatre, and Braes. We’ll be adding further events, including a reading group and film screenings, throughout the festival. If you’re interested in helping out, or arranging some further activities, please contact Dr Daniel Cook.

Join Igor and friends — including Scotland’s first superhero, Saltire — for a family-friendly day of hands-on Science experiments, feverish face-painting and monstrous mask-making. Why not take home a special “Frankenstein me!” caricature of your own little monsters to keep? To mark the occasion “Franken-selfies” are a must! Themed snacks and baked goods will also be on sale. Oh, and feel free to dress up (you, too, mums and dads); after all, it is Halloween, the funnest day of the year. We’re pleased to confirm that the Dundee Science Centre will knock off 25% of admission for those in fancy dress.

Join English postgraduate students Martin and Susanna for this informal, friendly reading group. We will be discussing a little-known apocalyptic Science Fiction classic written by none other than the teenage author of Frankenstein herself, the one, the only, Mary Shelley. The Last Man (1826) tells of a future world (our century, no less) that has been ravaged by a plague…

Contact Martin Laidlaw for more information AND for copies of the book!

The legendary Boris Karloff reprises his role as the screen’s most misunderstood monster, who now longs for a mate of his own. Colin Clive stars as the overly ambitious Dr Frankenstein, who creates the ill-fated bride (Elsa Lanchester). Directed by Frankenstein director James Whale and featuring a haunting score, The Bride of Frankenstein ranks as one of the finest films of the genre. (Rated 15)

Did you know that the inventor of modern science fiction, Mary Shelley, lived on Dundee’s South Baffin Street as a teenager, and that she was inspired by the local community? Join us for lively debate at the Dundee Science Centre as we revisit the scientific achievements associated with (and the ethical issues raised by) her most famous novel, Frankenstein, and other works. Topics will include organ donation, human reproduction, Franken-foods, artificial production, and more.

In June 1816, Mary Shelley, her future husband Percy, Lord Byron, and John Polidori sheltered in the Villa Diodati on Lake Geneva, away from the unseasonably bad weather. Here they passed the time by creating ghost stories, two of which were developed into landmark works of the Gothic genre: Frankenstein and The Vampyre, the first modern vampire story. Join us in the basement of Braes as we bring Mary Shelley and her friends back to life for one night only. We will begin with snippet readings from their works, and then proceed to spool our dark imaginations together. Fancy dress encouraged, but not compulsory; fun and laughter mandatory.

What was Dundee like in 1812, when Mary Shelley stayed here; what will it be like in 2026? A tongue-in-cheek guided tour hosted by Victor Frankenstein and friends, “Dead Dundee” will revisit places that the young Shelley would have known as well as sites that might continue to inspire gothic writers and artists. Taking in RSS Discovery, the eerie River Tay, and The McManus, alongside other Dundonian landmarks, this walking tour ends at the atmospheric Howff Cemetery. Join us among the rubble of old Dundee as we re-animate the dead in a bravura feat of storytelling. Expect cameos.

Did you know that the inventor of modern science fiction, Mary Shelley, lived with the Baxters on Dundee’s South Baffin Street as a teenager? This talk outlines what we know about Shelley’s experiences here, and reexamines the Gothic descriptions of the area in her groundbreaking novel Frankenstein (1818) and other works.

Join us at The McManus art gallery and museum in Dundee as we launch an exhibition of sketches and storyboards that form the basis of a specially commissioned comic (Mary Shelley’s Dundee; or, Frankenstein Begins!) in which the team (Murray-Millar-Vaughan) creatively revisit Shelley’s formative experiences in Dundee. Members of the public will even be able to join us in creating their own illustrations or short comic on the spot. DeeCAP will be bringing the comic to life before our very eyes! Not to be missed!

10am-12pm: comics activities for kids run by The McManus
2-5pm: talks and drop-in sessions with Dr Chris Murray and Co. (come by at your leisure)
6pm: formal launch of the comic, with performances (starring DeeCAP) 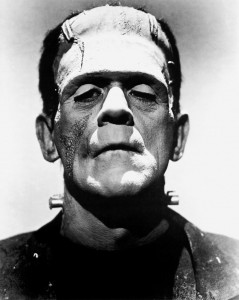 Who was Mary Shelley?
Mary Wollstonecraft Shelley (née Godwin; 1797-1851) was an English novelist, short story writer, dramatist, essayist, biographer, and travel writer, best known for her Gothic novel Frankenstein: or, The Modern Prometheus (1818), a popular novel among our students on the Romantic and Gothic Literature, 1760-1830 module and elsewhere. Mary’s father was the political philosopher William Godwin, and her mother was the philosopher and feminist Mary Wollstonecraft, who died giving birth to her. Concerned about his daughter’s wayward ways, Godwin arranged for Mary to spend time with the Baxter family in the summer of 1812 (and intermittently after that). In addition to Frankenstein (1818), her other novels include Matilda (1819-20) and The Last Man (1826).